Back at it, whatever it is?

Well the short break didn't last long, but I did get a chance to play test Dark Avenger Chapter 2. It is an excellent game and a great continuation of the story from chapter 1. Anyone who hasn't played this or the first chapter needs to give it a play through, Wyrin has created a good solid and enjoyable story.

I never got around to playing any of the other games that I wanted to though, Risen Hero started calling to me again. I went from DA to play testing the second module of Risen Hero. Found several big bugs that I was able to quickly squash. Know what is a bad idea, placing a script on the fail to open of a lock door that assigns the PC to open that same door. A few speak triggers that didn't have the speak now turned to true so the NPC would run up to the PC and all the cutscreen cameras showed a bunch of different angles of nothing. But overall things are coming together, a bit more hack and slash then I originally planned but I feel that there is enough substance between the battles and reasons for the battles so they don't dominate the story.

Below is a collect of random screen shots in no real particular order from both module #1 and #2. 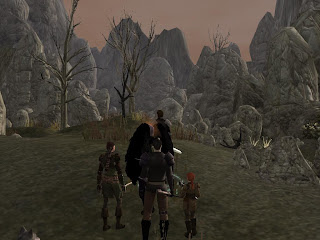 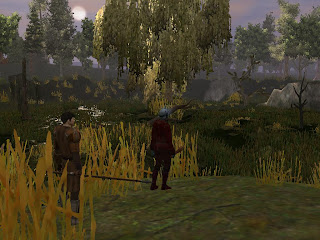 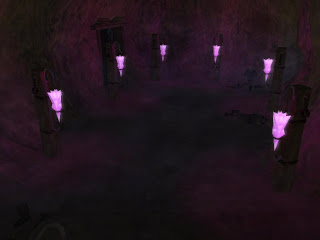 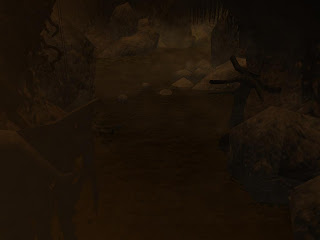 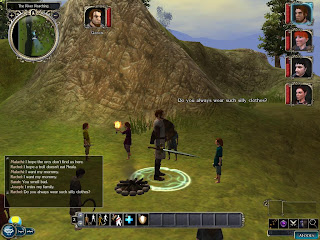 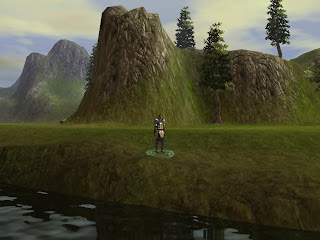 Module #2 is now mostly complete and I do believe that Risen Hero has reached the half way point. (Not sure but I may have made this same halfway announcement before but oh well.) The completed module reveals a lot more about your companions personalities and their back stories, though most of the main plot is still unknown to the PC. I was able to wrap up the the side area mentioned in a previous post, the 12 cave area. Several side quest were created; some tried to explain why the area is so large as well has provide some area history and some others are indirectly tied into the main plot and the companion back stories.

I need to do some play testing of the game to make sure that there are no game stopping bugs or other weird stuff before moving on to the next module.

But it is now time for a little break from modding, I will be taking some time to play some of the other games out there. I will be staring with Dark Avenger Chapter 2 then I need to actually complete Asphyxia and Harp & Chrysanthemum. I was able to get about half way through but trying to play and working on Risen Hero just didn't work. I kept forgetting to move overrides in and out of the folder and made a mess out of everything multiple times.

Once I get through the testing of the 2nd module I should have some screen shots to show.
at 2:08 PM No comments: