A little over a year ago I picked up a bundle of the three original Fallout games on steam. I had played the first 2 when they came out, but this is my first time playing Tactics. Leaving behind my longsword and taking up a Desert Eagle I have been conquering the post-apocalyptic waste, leaving a trail of carnage. Even for older games these are fun and have a great story behind them. One of the first things I noticed was the difference in the interface from many of the new games I've played. Nothing I could interact with glowed, flashed or had neon arrows pointing at them. As the player I had to look around the environment and try my skills or inventory items on things to see if I could learn anything. Most often I just got the floating text -Nothing Happens-, but if I wanted to try using my crowbar on the pre-war computer I could. So in between designing areas and writing scripts I have been killing raiders and mutants, or it may be the other way around. A Page Borrowed from Path of Evil-

This is a small little side area attached with the quest to kill off the inhabitants of the camp. The quest is given to the player from one of their more malevolent acquaintances. Receiving this quest is not alignment based and most every player will get this quest unless they try to completely ignore and shun the quest  givers (which will be rather difficult).

To avoid every player having to do a hack 'n slash through the good guy camp, the player has also been charged with framing the deaths on another group. Neither the player nor the acquaintances what to have the church of Helm searching for them trying to bring them to justice.

I have created four ways of completing this quest. The first and the easiest is the good way. While there are rewards for completing the quest this way, all the Helmites live and you will upset your acquaintances, which may be your goal. There are three ways to kill the Helmites: 1) With pure power and strength you cut them all down and some quick thinking at the end turns the blame. 2)You may be able to convince someone else to kill them for you. 3) And finally some guile and trickery can kill them all off.

The Helmites take advantage of the ACME Full Metal HAK. The camp is composed of three classes. There are the fighters, clerics and paladins. While all the amour is similar, each group has a slightly different set. The fighters and clerics all wear helmets to hide the fact that there are a number of clones despite there bing male and female models. There are four paladins; each one is unique with different armor, helmet, weapons and appearance. 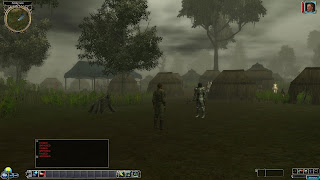 The entrance of the camp and the guard that will question you upon entering. 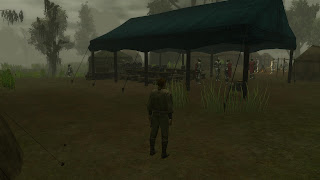 The mess hall at the center of the camp. In the upper left, a dwarven paladin hangs out by himself. 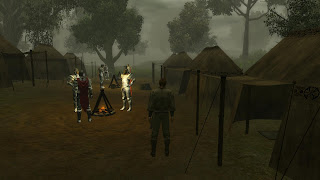 A number of the troops. Male and female fighters and clerics gather around the campfires. 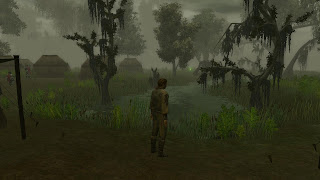 The edge of the camp and the start of a swamp 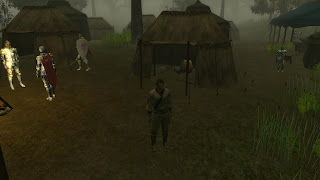 Another section of the camp, in the upper left a paladin carrying a shield walks through the camp inspecting the troops. 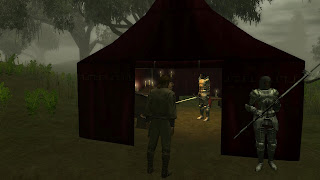 This is the commander's tent with the paladin commander inside and a halberd wielding guard outside.