Just about wrapped up another area. Finished placing the last of the lights and sounds then the walk-mesh cutters. The monastery for the most part has been completed. Still have a dozen or so placeables that need to have descriptions written up. All the conversations excluding the companions are in their initially phase and need a bunch of grammar work and whatnot. There is just a bit of scripting left but nothing too complicated. This single area has taken longer then any other area that I have created, so either I'm slowing down or this area just has more to it then others. If for no other reason I would prefer to choose the second because it makes me feel better but this is also the first area that is actually habitable and has a decent group of NPC living in it. As I wrap up this area I have started working on the final large area, the bad guy fort. It will be a mountain valley fortification based on descriptions of 9th century Saxon Burghs from Bernard Cornwell's Saxon Series (I'm patiently waiting till October when the next book in the series is to be released.) The fort will have three tall walls made of made of earth and reinforced with logs. A hall will be placed at the center and the player will need to find some way to get to it without having the entire army descending upon them.

I have also been spending some time working on the dwarven clerc that joins the party. I mentioned his twin axes in a previous post and over the past few days I have been scripting them. As they are blessed by his god so only the dwarf may wield them and he most be using both of them to gain the bonuses. They initially will appear to be normal axes but will grant him two weapon feats, battle axe proficiency feats as well on bonus divine damage and enchantment bonuses. There are seven levels, most of which will never be reached but I figured to go for it and do it up right just in case. Every 5 levels the bonuses improve from lvl1-lvl5 it is a +1 weapon and does 1 bonus point of divine damage and grants the two weapon fighting feat. All of this is currently untested so there is always the posiblity it will do nothing....

The hostility issue from the previous post has been fixed, at some point while updating stuff to patch 1.23 I stuck a repute.FAC with only the standard factions into my HAK. Now that it is removed everything is working again, much to my relief. I have included some screen shots. The top four are from the monastery then the bottom 4 are from a hidden crypt under the monastery. 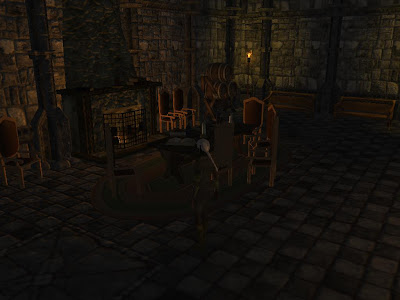 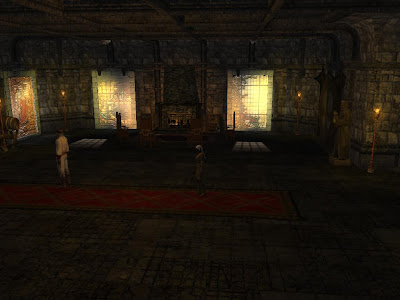 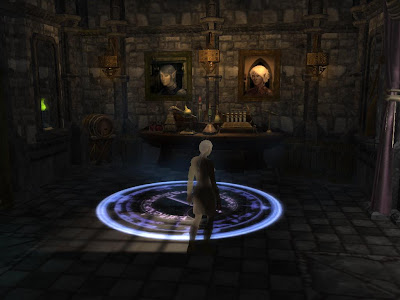 These two are from the quarters of the sorcerer Marick Tannesen, who normally resides in the city of Neverwinter. While he won't join you he offers guidance and will sell you items from his extensive collection. 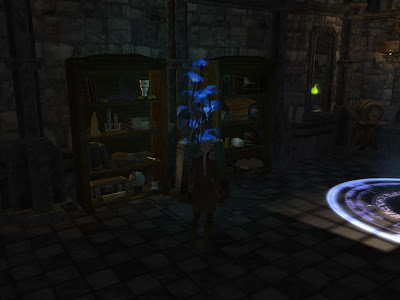 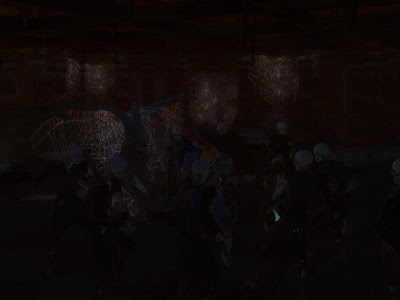 The dead rest uneasy and will quickly swallow up any intruders. 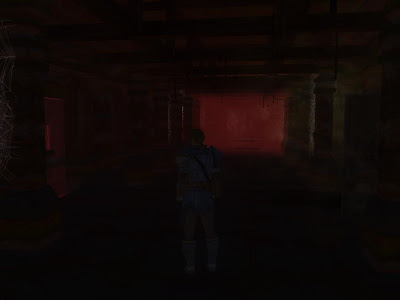 Red gloomy fog. We all know nothing good can call a place like this home, but here's hoping there is some decent loot. 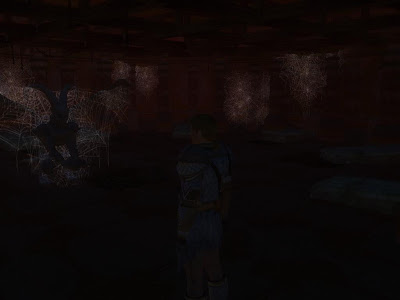 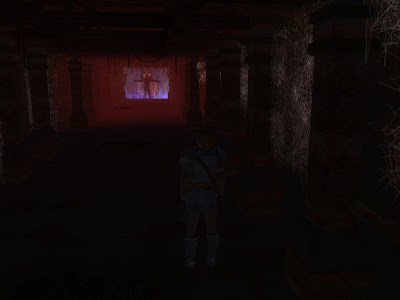